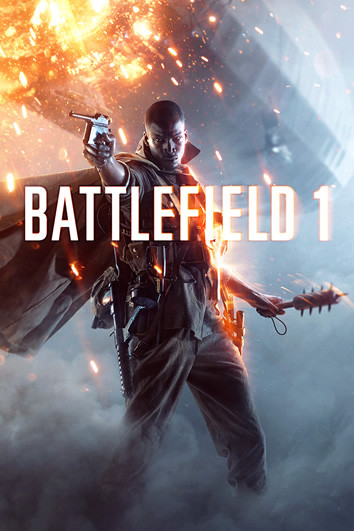 So I haven’t done a video game review in quite some time. It’s mostly because I haven’t played a “new” game in a couple of months but also because reviewing a game is a very different thing (as I learned with my first two game reviews). So with this wonderful game, I’m going to try something different and do a try to do a quick review with this one. (EDIT: I know this isn’t as quick as I was hoping…but oh well…I tried)

Story: The only negative here is it’s short, however what it lacks in length it makes up for in content. The story is divided into 5 short stories and each one is great and fun to play and also highlights the horrors of what was “the war to end all wars.” Score: 9

Gameplay: You can fight on the ground, in a tank, in a plane, or on a horse and it’s all fun. Each gun feels well made and it’s fun to switch guns and discover new fun tools of destruction. My biggest complaint is that it’s battlefield and you cannot go in guns-a-blazing but that’s what you get. Score: 9

Design: Navigating the main menu is a little annoying but everything else is well crafted. Maps and levels are well made and have a good natural flow to them. An annoying thing here is that the checkpoints in the campaign are few and far in between and could have been designed better. Score: 8

Multiplayer: I should note that I haven’t played much multiplayer but the little I have is fun. The learning curve is kinda sharp in my opinion but again this how battlefield works. As someone who hasn’t played one of these games since 2010, this is good. Score: 8

Presentation: This game looks fantastic. Flat out. One of the best looking games I’ve played this year. Plus, the HUD is very minimalistic (i.e. there’s not much on screen) and it’s a welcome sight when most games today need to show you everything going on all at once. Score: 10

Other: The intro, that plays when you first launch the game, is terrifically done and truly shows the horrors and chaos of WWI and tells you the simple truth that war is hell, a reality that most soldiers at the time had to deal with. It is only a few minutes but is something that I believe every gamer needs to experience. Score: 10

Wrap Up: This game is great and if you’re like me and haven’t played a battlefield game in some time, this is the time to get back in.