Well ladies and gentlemen, we have reached the end of 2016. It’s something that a lot of us have been looking forward to for many reasons (cough cough #election2k16 cough cough) but before we kick 2016 out and welcome 2017 in, let’s take a moment to reflect on the good that has come to us. I previously looked at the best games and worst films of 2016, so it’s only fair that we look at the best movies too. (Note from the editor: please note, that these films are lined up in no particular order)

Sausage Party (Score: 8.8): As I said in my review, this was a complete surprise. This very easily could have been a rough and quickly thrown together pile of garbage but it wasn’t. Instead, we got a tightly produced and animated picture with a thoughtful and creative story that had a level of satire that I haven’t enjoyed in some time. It’s a shame what happened to the movie’s animators (for those of you who don’t know, many of the animators were forced to work extreme hours and not paid for their extra effort), but looking just at the film, it is superb.

Snowden (Score: 9.2): Back in the summer, I was kind of getting sick of these “based on a true story” and biopic films, since there’re just too many of them. However, after I had that thought, Sully came out (which was pretty good) and then Snowden. While it has it’s faults, Snowden is amazing. It makes you think about a myriad of different issues in completely different ways. Like with Spotlight last year, Snowden is something I think everyone should go watch to see some of the issues facing our country…scratch that…our planet is dealing with. 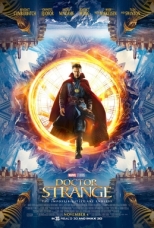 Doctor Strange (Score: 9): Once again Marvel shows us that they can take a comic book character that no one cares about and make us fall in love with them. Iron Man. Guardians of the Galaxy. Ant Man. And now Doctor Strange. I cannot wait to see what these gals and guys do with the Spider Man license next year. If it is anywhere near as good as this, then we all will be very happy.

The Nice Guys (Did Not Review/DNR): Every year, there is a film or two that does not do well and it shocks me. 2016’s nominee is the Nice Guys. I didn’t review this film but it stars Russell Crowe and Ryan Gosling in a buddy-cop-esq film (wikipedia lists it as a “comedy-thriller”…whatever that means) and is great. It’s funny. It’s tense. It’s funny. It’s well written. It’s funny….HAVE I SAID IT’S FUNNY? All joking aside, it is a fantastic film that no one watched. If you haven’t, do yourself a favor and go see this. (And since I never reviewed it…Score: 9 for completely arbitrary reasons) 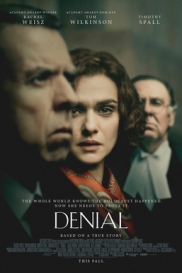 Denial (Score: 8.4): I saw this one as a very last minute idea. I didn’t really know much about it but I thought a movie about a Holocaust denier and the British Court System would be a fun one to explore and I was right. This was a good film with a damn good message about being on the wrong side of history and I think that message is an important one to consider going forward. After all, “those who failed history are doomed to repeat it.” 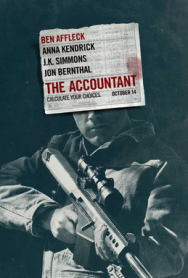 The Accountant (Score: 8.6): Once again, Ben Affleck comes through with another solid film. The big picture of the Accountant is a solid action/drama with a story that kept me interested for the duration. The small picture of the film looks at a neurodevelopmental disorder in a way I do not think I’ve seen in a major AAA movie in a little bit. Whether you’re looking at the big or little picture, the Accountant is worth a watch.

The Edge of Seventeen (Score: 8.6): This little movie really surprised me. I saw one trailer for it a couple of times and thought it would be an average comedy, yet I was amazed what I saw. It might not have been the “best” movie of the year but was most certinally the “real-est.” That movie hit me in places I haven’t been felt in years while watching movies and maybe you could argue it’s because I’m not watching the right movies but as a mainstream release, this one is gold. I encourage all 3 of you reading to go out and watch this one. I promise you won’t regret it.

Eye in the Sky (DNR):Not going to lie, I forgot Eye in the Sky came out in 2016 (it was made in 2015 but only made its way to theaters this year) but when I remembered I felt it was necessary to add to this list. This might not have been the best movie of the year but it was a fantastic film nonetheless, however this movie makes its way onto the list for its fair and balanced portrayal of a very very controversial hot-button topic. I would normally expect a film about drone strikes to only show one side of the issue, so I was extremely pleased when the film showed the issue as a complex one with no easy nor right answer. 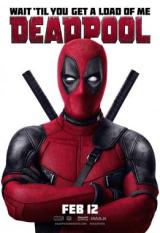 Deadpool (DNR): Here is a movie that had high expectations and came through one almost all of them, something that doesn’t often happen. Again, might not have been the best movie of the year but was a smash hit and (along with Doctor Strange and Civil War) showed how to properly do a comic book movie.

Rogue One (Score: 9.6): What else can I say about this movie? It is simply amazing. Maybe not perfect but as close to it as we’re going to get in a modern Star Wars. I’ve already seen it twice and I still want to see it again, but I guess I’ll wait for the Blu-Ray release. (#nervousbutexcited)

Honorable Mentions: Civil War, Sully, Suicide Squad (yes I still like that one), Manchester by the Sea, La La Land (simply because I didn’t get to see this one in time for the list), and the greatest unofficial movie of the year Uno: The Movie!

Well ladies and gents, it was an….interesting year to say the least. At least the movies were good. Here’s to a better 2017 and a continuation of the great films that we got this year (I’m looking at you Spider Man Homecoming and Star Wars VIII)!