Well we’re here again. It feels like just yesterday we were looking back at the best and worst that 2016 had to offer, and some how I imagined that this past year would be better. Boy was I wrong. Boy. Howdy. Doody. Was I wrong. Now don’t get me wrong. The best movies of 2017 were fantastic, but the worst films of the year were almost insufferable at times. In fact, this year has some of the worst mainstream movies I have ever seen in my 24 years of existence. Well. Without further blah, I present to you the crap of 2017! Gents and Ladies, the worst movies of 2017.

Underworld: Blood War (Score: 1.8)-This was one of the first movies I saw in 2017 and I knew it would end up on this list from the get go. This movie is all sorts of bad yet it’s worst sin is that it’s just boring. It’s unimaginative. It wastes some fairly decent actors and actresses. It is just zero fun. Usually bad movies have the ability to be made fun of however this movie has nothing to poke at. I think I’d rather go back and watch that Lincoln Vampire movie. At least that is an interesting premise. 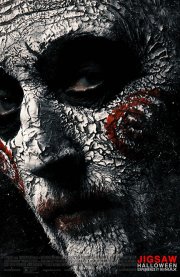 Jigsaw (Score: 1.8)–I had high hopes for this one and I suppose that was my biggest mistake. While the first two Saw movies were actually pretty decent, movies 3 through 7 were terrible and this film continues that tradition. Jigsaw just further muddies up the Saw universe. This movie had so much potential but squandered it all away. It’s actually pretty sad. The little good faith this series had is all but gone at this point. They took a 7 year hiatus and this was what we got. #sad

Baywatch (Score: 2.6)– Speaking of wasted potential. My god was this movie disappointing. This movie should have been the raunchiest, craziest, most over the top comedy of the decade. Like Michael Bay’s Pain and Gain but 1000% more nuts. Instead, Baywatch was a chuckle-at-best comedy that ended up being worse than Daddy’s Home 2. Daddy’s Home 2. DADDY’S. HOME. 2. I cannot even handle the reality I’m living in. 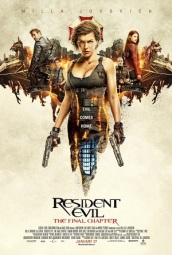 Resident Evil: The Final Chapter (Score: 1.2)-I could rant for hours about this movie and this series. Actually. I’ve already done that. This movie has zero redeeming qualities. It’s stupid. It’s dull. It rewrites over everything that came before it. The only reason this movie did not earn a flat 1 is because it’s the last one. Sure, Sony is looking to reboot the “franchise,” but at least it will not be a continuation of this rotting pile of garbage. Good bye. Good riddance. And I hope to every deity in existence that the next atrocity with the Resident Evil name on it is at least better than this. 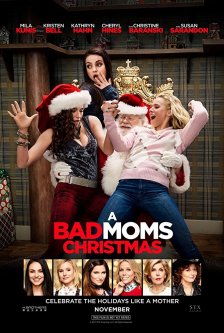 Bad Moms Christmas (Score: 2.6)-I enjoyed the first Bad Moms, as it kind of flipped the typical male-led comedy on its head while making fun of the way kids are being raised today. It wasn’t great but it was a solid comedy. That being said, the Christmas sequel that came out this year is about 12 degrees worse than the original. None of the jokes really land, it throws away all the millennial bashing that I loved in the original, and yet it tried to rehash all the major points from the first but with a Christmas setting. Maybe it’s because I’m not their target audience but that’s some dumb reasoning because I enjoy most all movie genres. Soooooooooooooooo forget this movie ever existed and go watch the original.

Geostorm (Score: 1.6)– You know a movie is bad when it is trying to be a serious drama and I end up laughing at the death of an important character. Seriously. I could not stop laughing when I saw this movie. I was able to riff this movie by myself and had a great time doing so. I think it’s the only way to consume this film. It is such an idiotic premise that you just have to laugh at it. I think that alone makes it (slightly) better than it should be.

Alien Covenant (Score 2.8)– Just when you thought Fox couldn’t ruin the Alien franchise any more… Alien Covenant’s biggest sin is that it’s stupid. Everyone and everything in this movie is stupid. The characters make dumb decisions. The fights are dumb. The writing and directing are dumb. The Alien itself is stupid. And most importantly, what this movie does to the Alien franchise (in terms of the actual Alien’s origin) is 50 shades of dumb. Now. Unlike most of the other movies on this list, there are actually some good moments in this film and you can almost see a good film buried (and I mean really buried) in here. Still. Those moments are not near worth the rest of the crap you’d have to chug through to get there. At the end of the day, this movie makes Prometheus look like the Godfather.

The Dark Tower (Score: 1.8)– This movie should have been better. The premise and source material. The actors. It should’ve been as good as….well…It. But it’s not. This movie is so disjointed it fells like you’re watching a compilation of video game cut scenes; sure they look decent and might tell a loose story but you’re missing half the content. The Dark Tower cuts from one scene to the next with nothing connecting them. A character might be a disillusioned loner one minute and the next thing you know he’s willing to sacrifice himself and help save a village. Plus it tries to shove the plot of multiple books into one short movie. And thank god it is short because I couldn’t have taken a minute more of it. 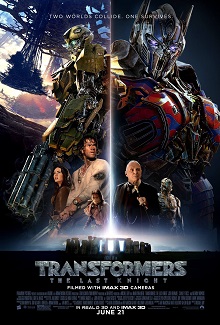 Transformers: The Last Knight (Score: 2.2)– Now we’re in the weeds here. Are you surprised that they’re still making these movies? Cause I am…kinda. I’ll explain in a bit. This movie is awful. Just awful. It was the closest I have ever been to walking out of a movie…and I’ve seen some awful movies in my day. It is beyond nonsense and it is almost THREE HOURS. Now. I do understand why they keep making these movies. There are two reasons; children and China. Both of those groups love robot explosions and don’t really care about bad plot. I could kinda get behind that. I do love some explosions and to be fair this movie is freaking gorgeous (it’s the only reason this movie didn’t score in the 1s. But. THERE IS NO REASON THESE MOVIES NEED TO BE THREE HOURS LONG. I AM WATCHING A TRANSFORMERS MOVIE NOT THE GODFATHER. Christ. And you know the craziest thing about this movie. Somehow. SOMEHOW. TRANSFORMERS THE LAST KNIGHT. Is not the worst movie of the year…

The Emoji Movie (Score: 1)-….And the Oscar goes to! Yeah who’s surprised. There’s no other pick. There is no other movie that deserves this title. It’s stupid. It’s boring. It’ll make you mad. It’ll make you cry. It does not deserve to exist. It deserves the same fate that the E.T Atari game got. Now I know people try to defend it (god only knows why) using the defense “it’s only a kids movie.” However. That is total b.s. There are plenty of studios that have and continue to make movies that speak to children while also telling a decent story that older folks can enjoy as well. This movie is nothing like that. It is just garbage. Maybe a few young children (and I mean young) would enjoy this but those kids would probably also enjoy watching a Windows XP screensaver. This movie is radioactive filth and every copy of it deserves to be blasted into a sun. Not our sun. God no. If you did that we’d all probably die. No. Just a random sun in the universe. Or maybe even a black hole so that it’ll never be found.